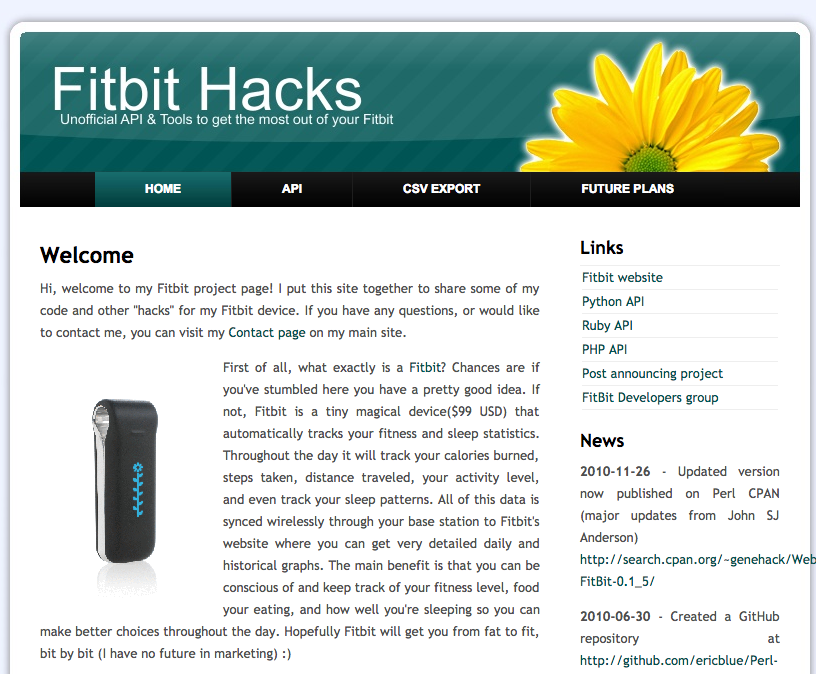 Last month I announced a new “hacking” project – creating a Perl API for my FitBit device.  Traditionally, whenever I host one of my projects I usually include both the project page and source code all from my site.  I’ve had a number of requests from various people to help with contributing changes on this project and others, so I’ve decided to start hosting some projects on GitHub.  I’ll be the first to admit that my version control skills are stuck in the 90s (yes, I still use CVS).  Git will take some getting used to, but the features seem powerful compared to CVS and I really do like the idea of social contribution.  I’ve done tons of private and commercial development, but have been meaning to start doing some real open source for a while.  Consider my FitBit API the first step in this direction.
Checkout my new repository at http://github.com/ericblue/Perl-FitBit-API