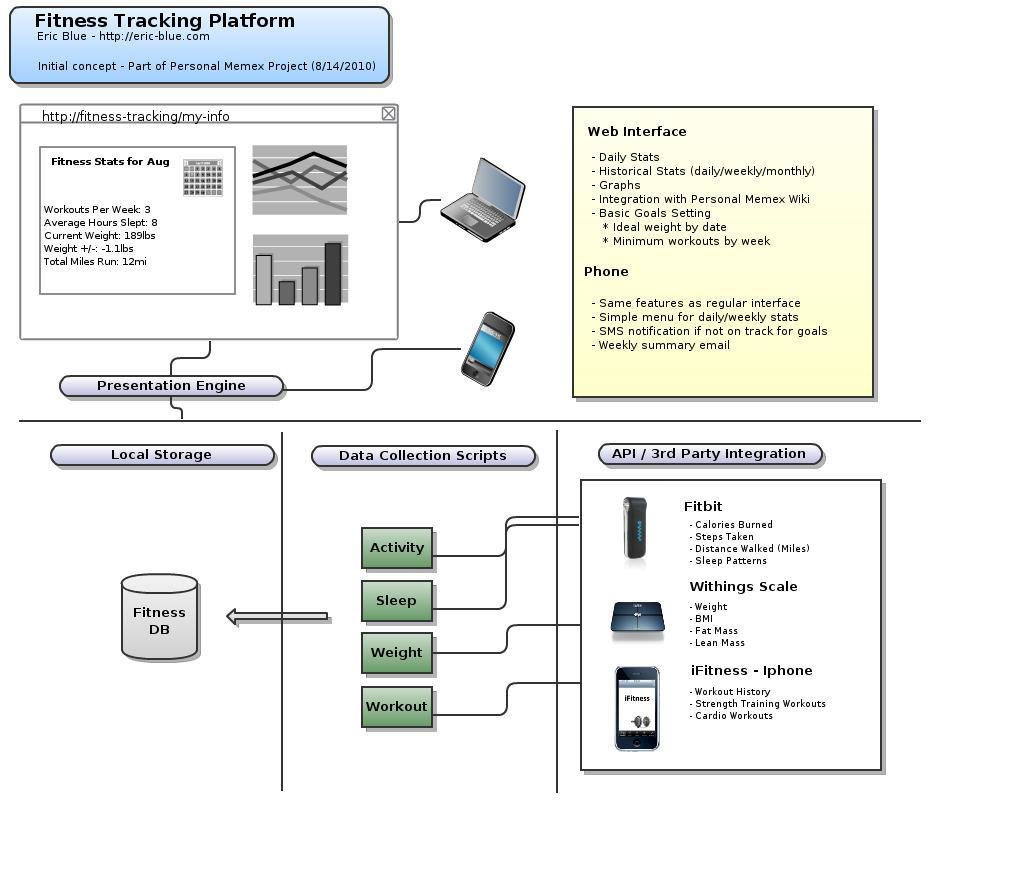 Last August, I enthusiastically blogged about an idea I had for creating a Fitness Tracking Platform; personal informatics for fitness.  Since that time I’ve been gradually making progress and am getting closer to fulfilling that original vision.  I figured I would do a quick writeup and share some of the progress I’ve made, and layout a simple roadmap for taking it to the next level.  For right now I have some screenshots I can share.  In the coming weeks I plan on putting up an actual demo application, and may release a large portion of the code as open source.  Ultimately, I still need to figure out what I plan to do with it, but my immediate goal is to build something that is practical and useful for myself.  The original idea started out to mainly track fitness related data (and that’s primarily what I’ve been doing), but the application for this could apply generically to any form of self tracking.  It’s possible this could be one of the earliest efforts to create an open source application for personal tracking (see the Quantified Self list of software).
What’s Been Done So Far?
If you look at the original diagram I created, there where a few different components to this tracking platform (local storage, data collection scripts/api integration, and the presentation layer). Immediate Next Steps?
The current code is fairly stable and mostly ready for a demo.  Before I make it live I’m planning on adding a few major features: